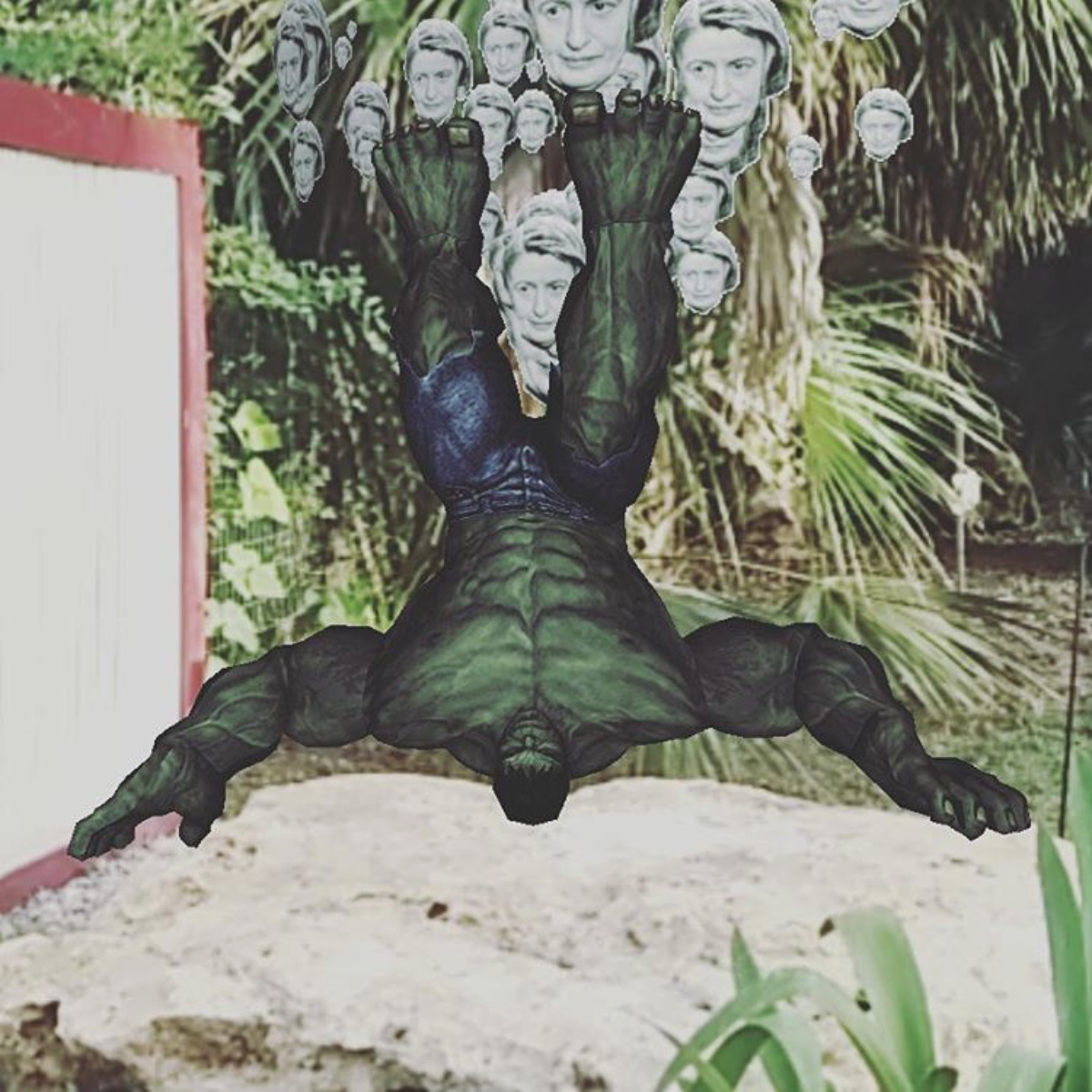 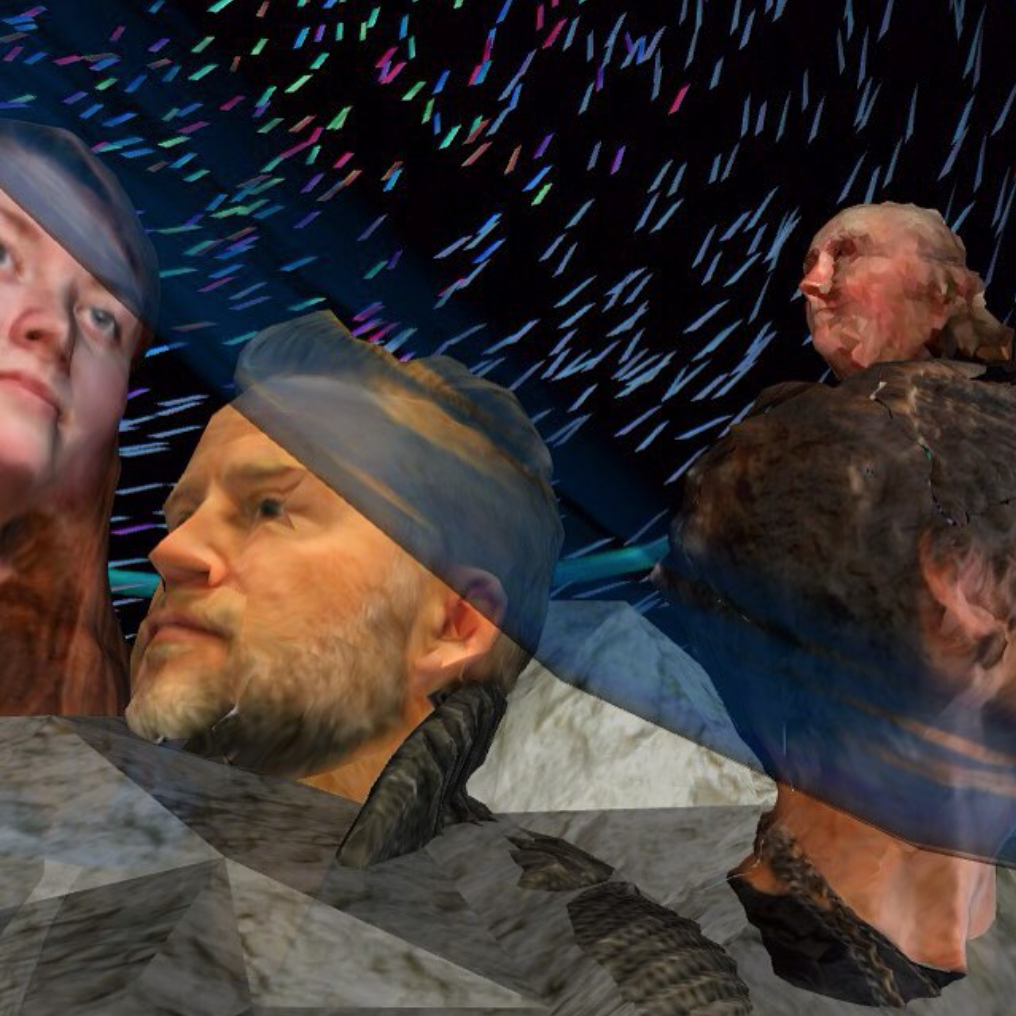 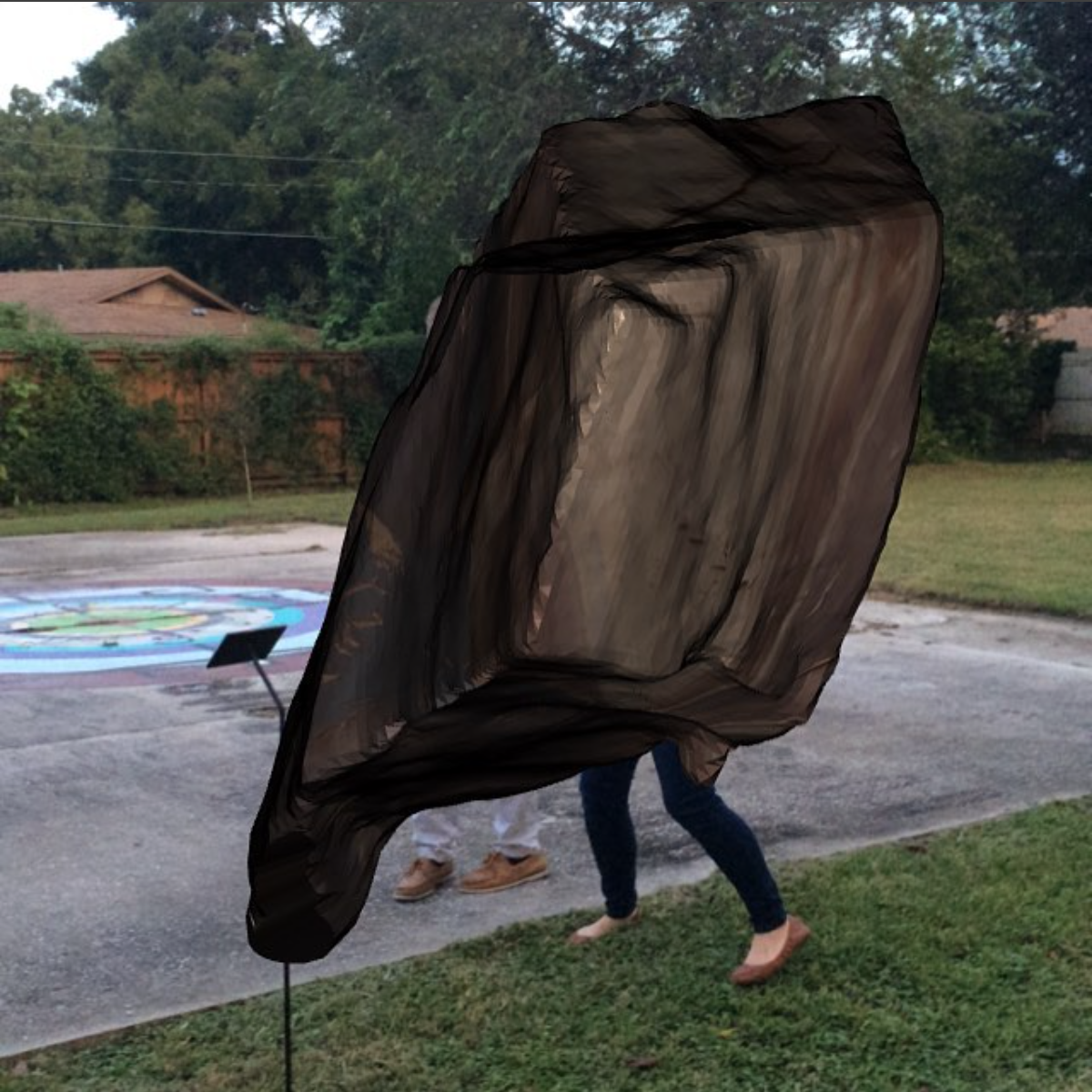 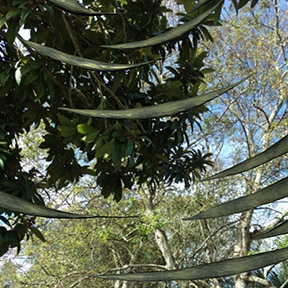 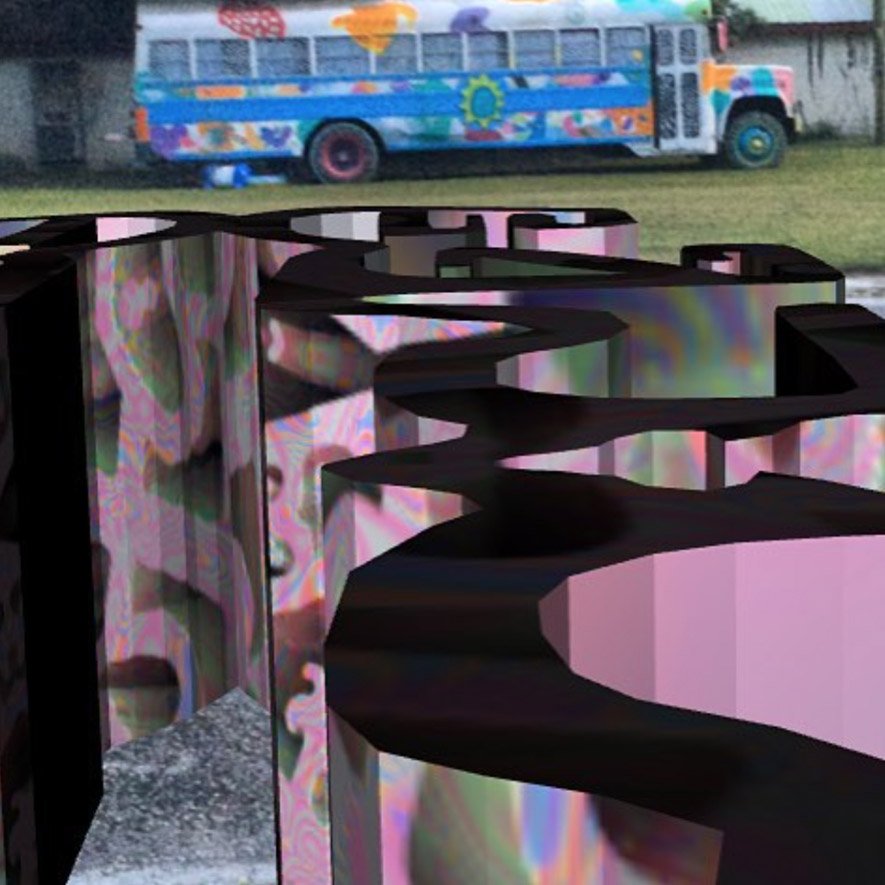 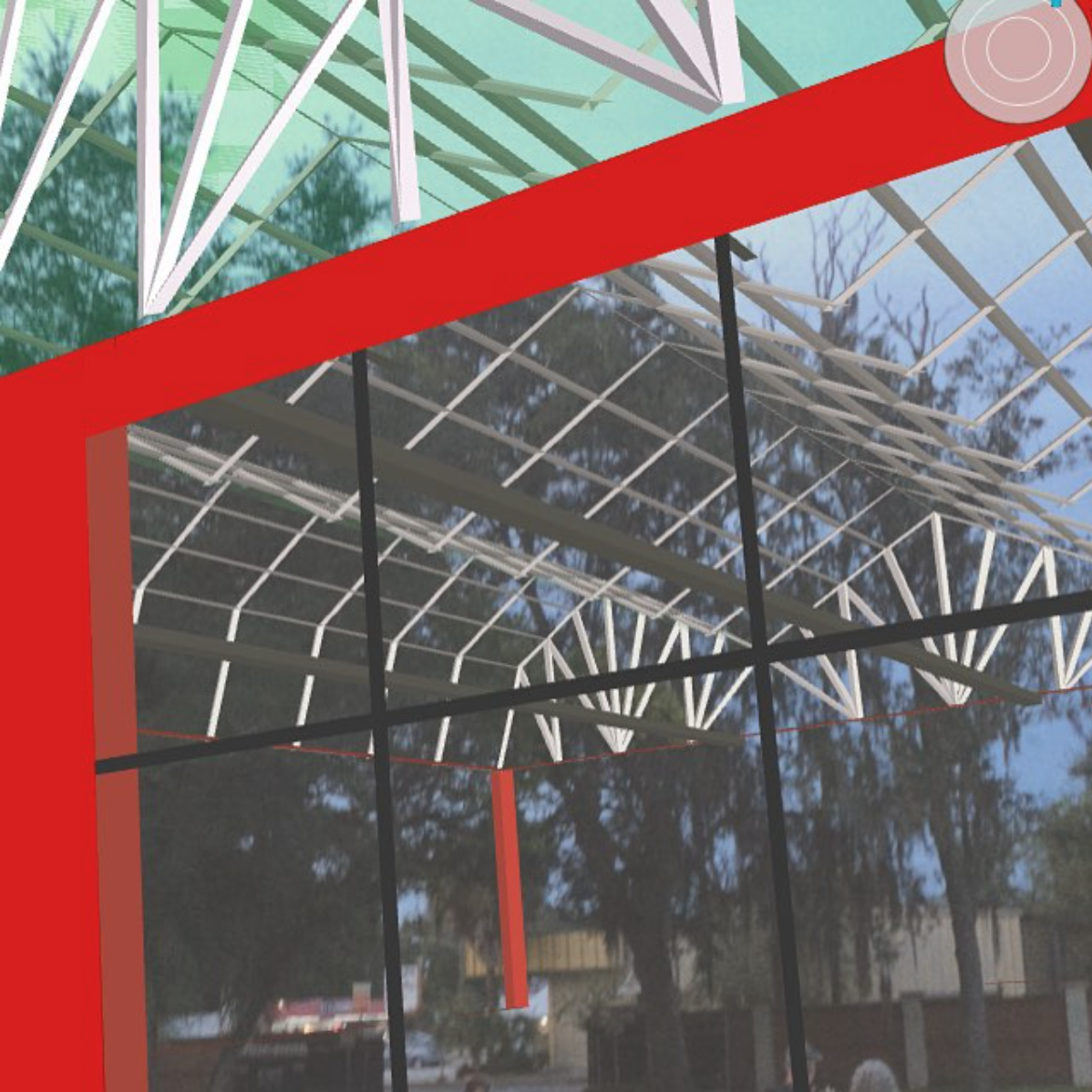 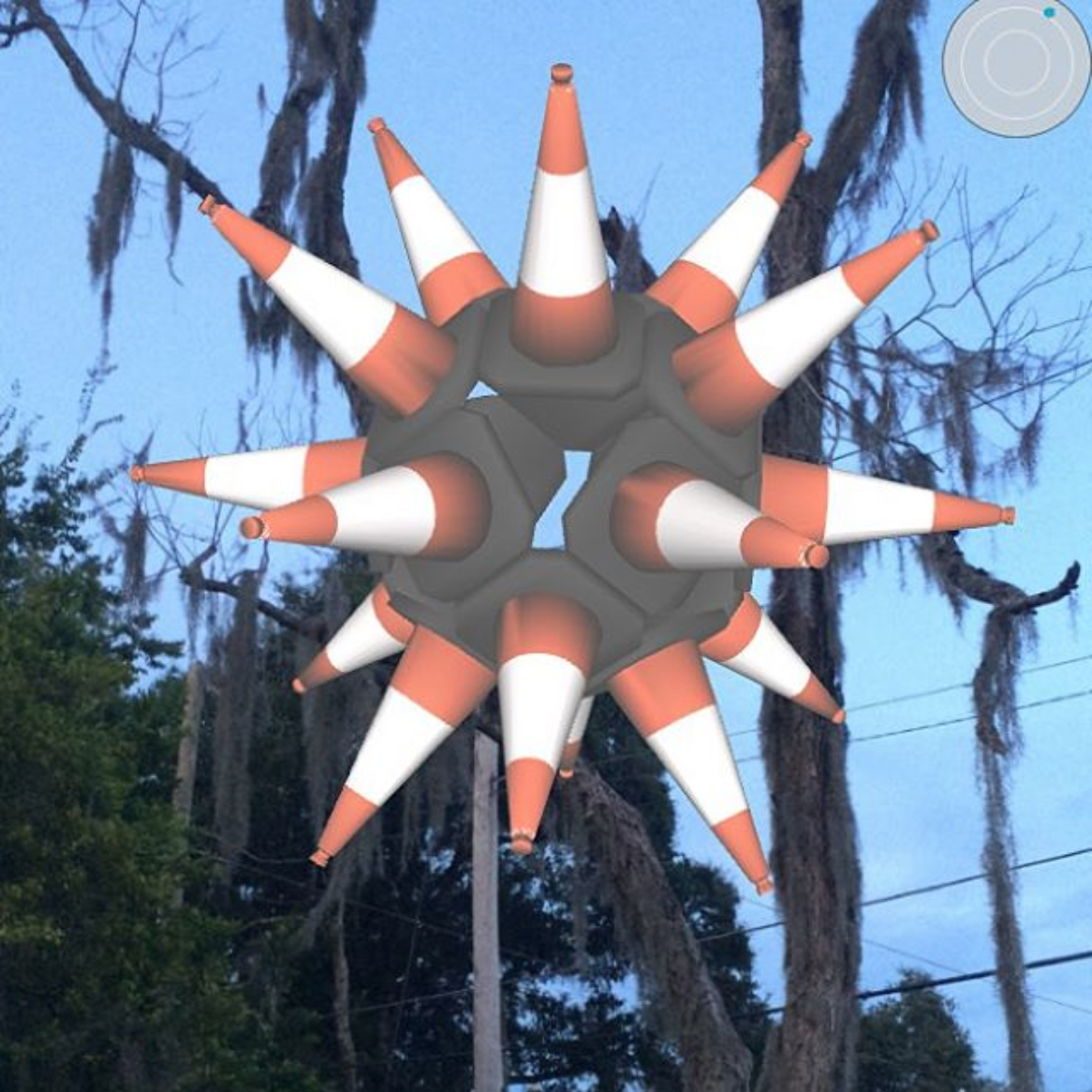 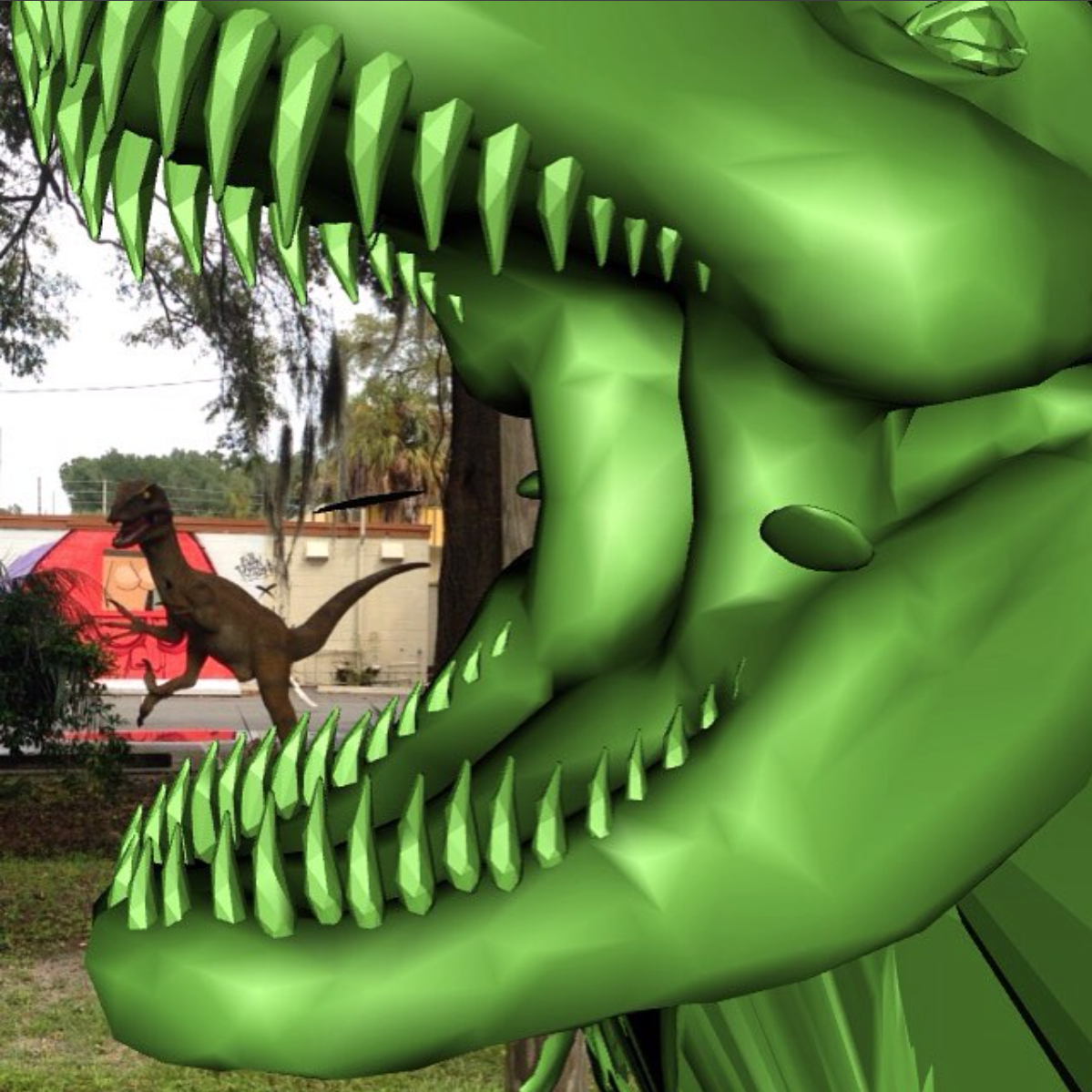 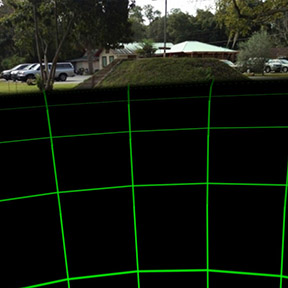 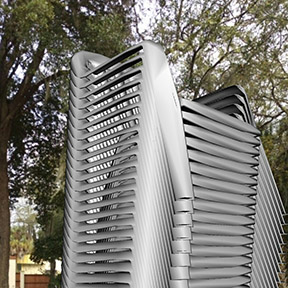 List of Works View Dance with flARmingos images from Gallery Protocol.
PDF documenting Works Dance with flARmingos was developed for the grounds of Gallery Protocol in Gainesville, FL. The exhibition opened September 11, 2015 and ran through October 23, 2015. Lucas invited a group of media artists engaged in a variety of virtual 3d practices to submit Augmented Reality 'sculptural' works, organized around the theme of Terraforming. Drawing parallels between the phantom-presence of Augmented Reality and equally intangible notions of 'The Future', she prompted contributing artists to envision the future of Land Art and of land use, particularly in Florida (as the site of the exhibition, and given its eccentric past uses, and unique susceptibility to Climate Change). Participants were asked to "virtually terraform" the grounds surrounding the gallery "into the likeness of their choosing or as altogether new realities", free from the constraints and practicalities of an endeavor of this magnitude in the physical realm. These digitally rendered works were then geolocated as virtual augmentations onto the landscape, where visitors viewed and interacted with them via their personal electronic devices (i.e. smartphones, tablets, etc.). Using the in-app features of Layar's free augmented reality app, viewers could take screenshots of the works and post them to social media accounts. Hashtags included: #danceprotocol #flarmingos #dancewith flarmingos Thomas Storey was commissioned to develop the open source webserver software tool, Nayar. The project is built using Layar and Nayar.

Documentation of Dance with flARmingos at 2016 Queens International, silent. 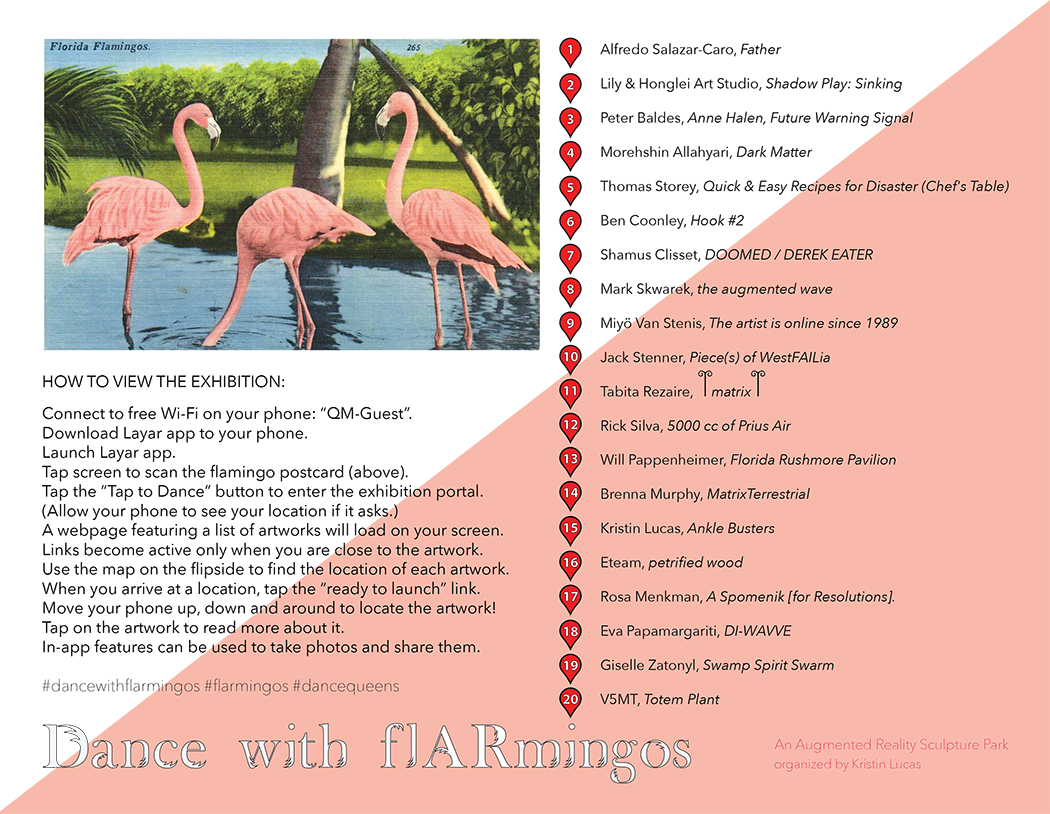 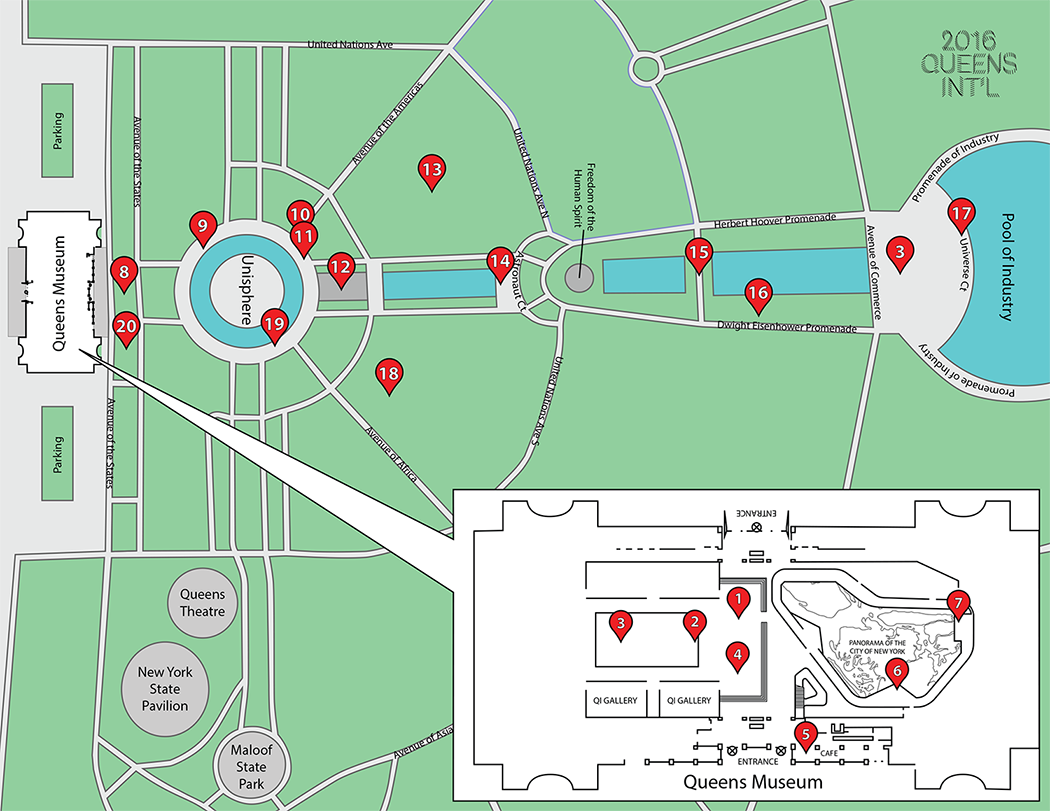 In "Dance with flARmingos" the flamingo acts as embassador and concierge to the project. Both the consummate showman and the embattled victim of environmental neglect, it is the act of scanning an image of this paradoxical bird that launches the augmented reality exhibition. Additional information: The American flamingo has had a phantom presence in Florida for the past one hundred years after being hunted to near extinction for its eggs, plumes, and meat, yet perversely images of this charismatic colorful wading bird flourish in tourism and fashion industries. Over the past few years a small flock has returned to the protected wetlands of the Everglades, and flamingo populations worldwide are on the rise; a positive outcome of global conservationist efforts. However, human activity has made all flamingo species more vulnerable than ever before, as anthropogenic disturbance, habitat destruction, and climate change threaten to diminish their natural habitats. Visitors can access the virtual sculptures via Layar, a free Augmented Reality camera app that can be downloaded onto any smartphone. Once the app is downloaded use the instructions on the map to locate each work!